Mike Brett and Micheal Cahill were the club representatives in this race on a wet and windy Sunday morning.

Run on a 14km circuit on the outskirts of Tuam, the A4 race for the UDCC boys was over 4 laps.

Over the early parts of the race, a few riders made attempts to break, and around lap 3 four riders managed to get a distance from the bunch that they were never to lose. The bunch were left to fight for 5th place. Mike and Micheal stayed near the front of the bunch and in the bunch sprint Micheal claimed 6th overall and Mike just outside the top 10. 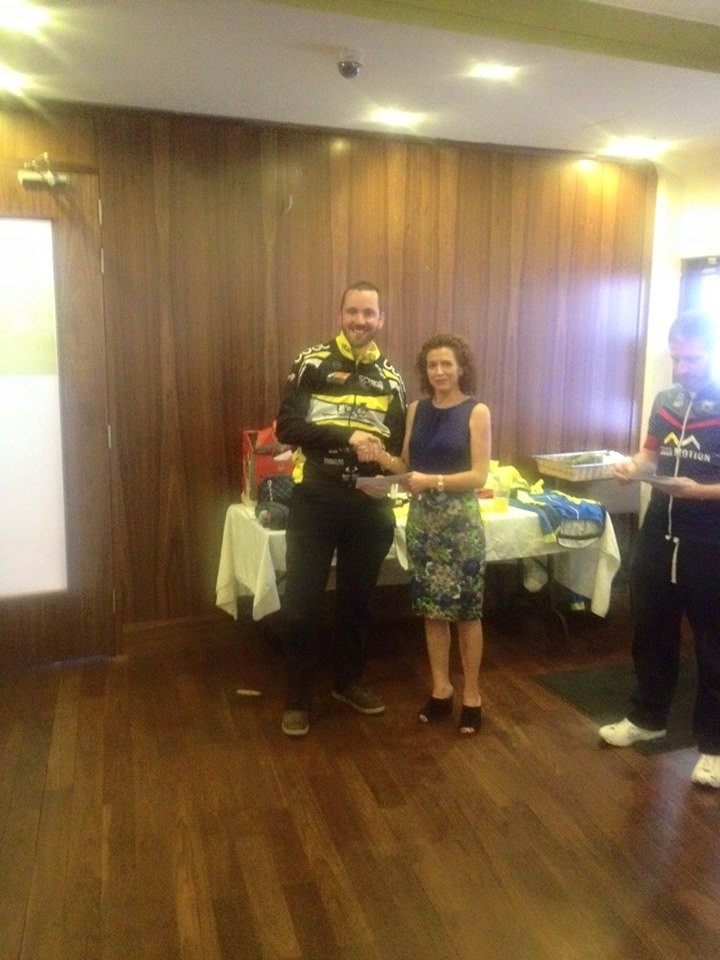 Micheal is presented with 6th place prize in Tuam