Great day for UDCC at the Ned Flanagan for the first race of the year. 7 riders made the start line for the A4 race. Gareth Genockey, Peter Leahy, Pierce Butler, Jerry Ryan, Micheal Cahill, Jim Bourke & Trevor Groom. 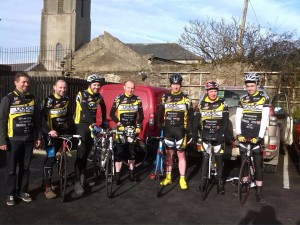 In a relatively flat course UDCC were to the fore for most of the race. A breakaway of 3 riders made a bid for home with about 10k to go with a handful of UDCC riders leading the chase. A mechanical for Pierce was unfortunate when he was well in the hunt for honours. Peter, Gareth & Jerry tried hard to close the gap on the leaders but the lead they had was too great. Peter got a puncture with 5k to go which meant he was out. With the 3 riders out front fighting it out for the podium and with 1k to go the chasing group started to sit up waiting for things to hot up. With 500m to go Jerry made a run for home which turned out to be the correct move and finished 4th overall. Gareth finished just outside of the top 10. Jim, Micheal and Trevor finished safely with credible times. Great support crew of Paddy O’Mahoney, Adam Challen, Martin Bourke and John Cahill. Well done to all and great to see the black and amber mixing it up with the more established clubs. Onwards and upwards. 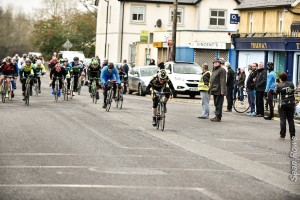 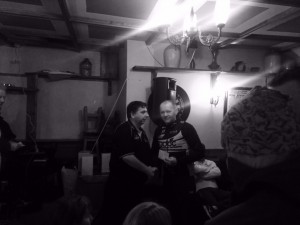