Well done to our club members who took part in the Ras Luimni on Sunday. Jim Bourke, Ken Costello, Peter Leahy, Gareth Genockey, Pierce Butler, Mike Brett, Micheal Cahill & Trevor Groom all competed in the A4 race where Ken finishing in 11th position and Pierce finished in 19th. Everyone else got around safely in a race marred by crashes. John Cahill had his first outing of the year in the A3 race where the order of the day was a fast race from the start which was decided by a breakaway that was eventually won by top junior rider Michael O’Loughlin for the Nicolas Roche performance team. Keep the flag flying lads. 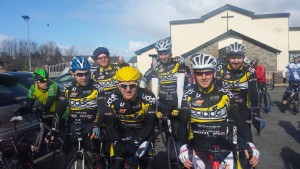 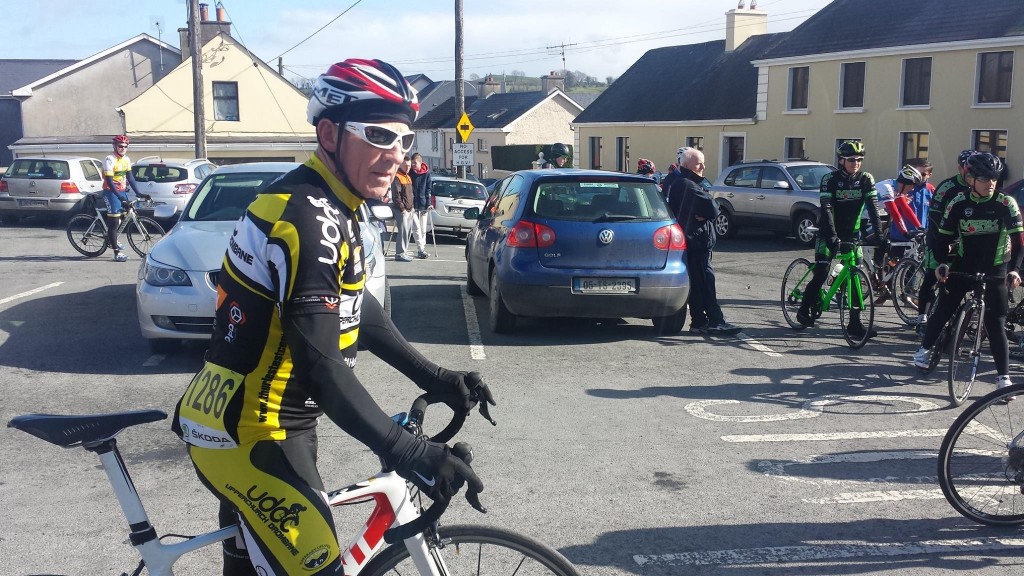 Jim Bourke ready for the A4 race