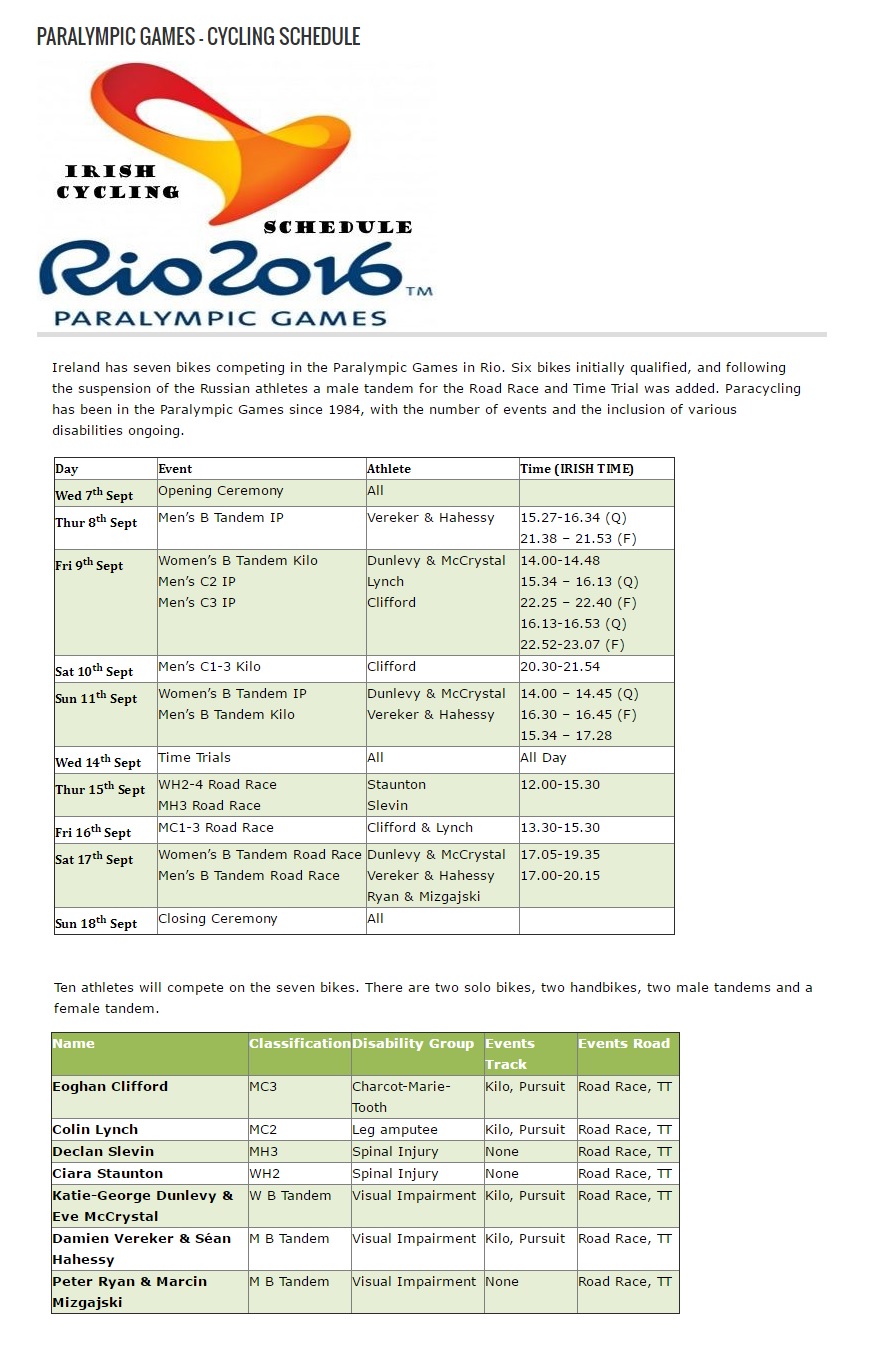 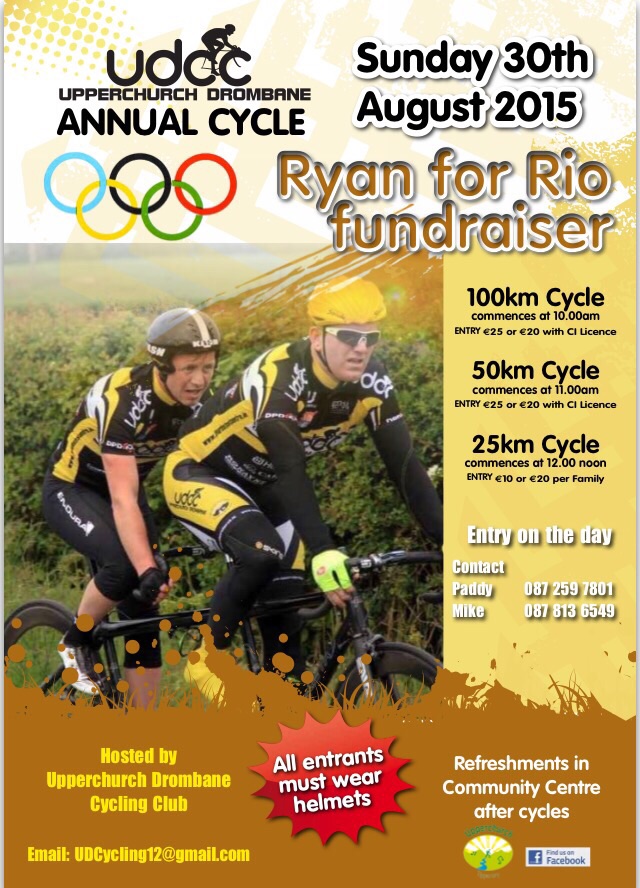 About Peter
Drombane man Peter Ryan was a promising young hurler who represented Tipperary at minor level and was playing senior Hurling with  local club Upperchurch Drombane from the age of 17. At the age of 19 Peter was diagnosed with Leber hereditary optic neuropathy (LHON) at the age of 19. LHON is a rare genetic disorder with symptoms that usually begin as a sudden loss of central vision. It often starts in one eye and then several weeks’ later causes sight loss in the second eye. Once over the shock of dealing with such a diagnosis, Peter turned his attention to Para-cycling and his target is clear – Rio de Janeiro Paralympics in 2016
Events & Competitions