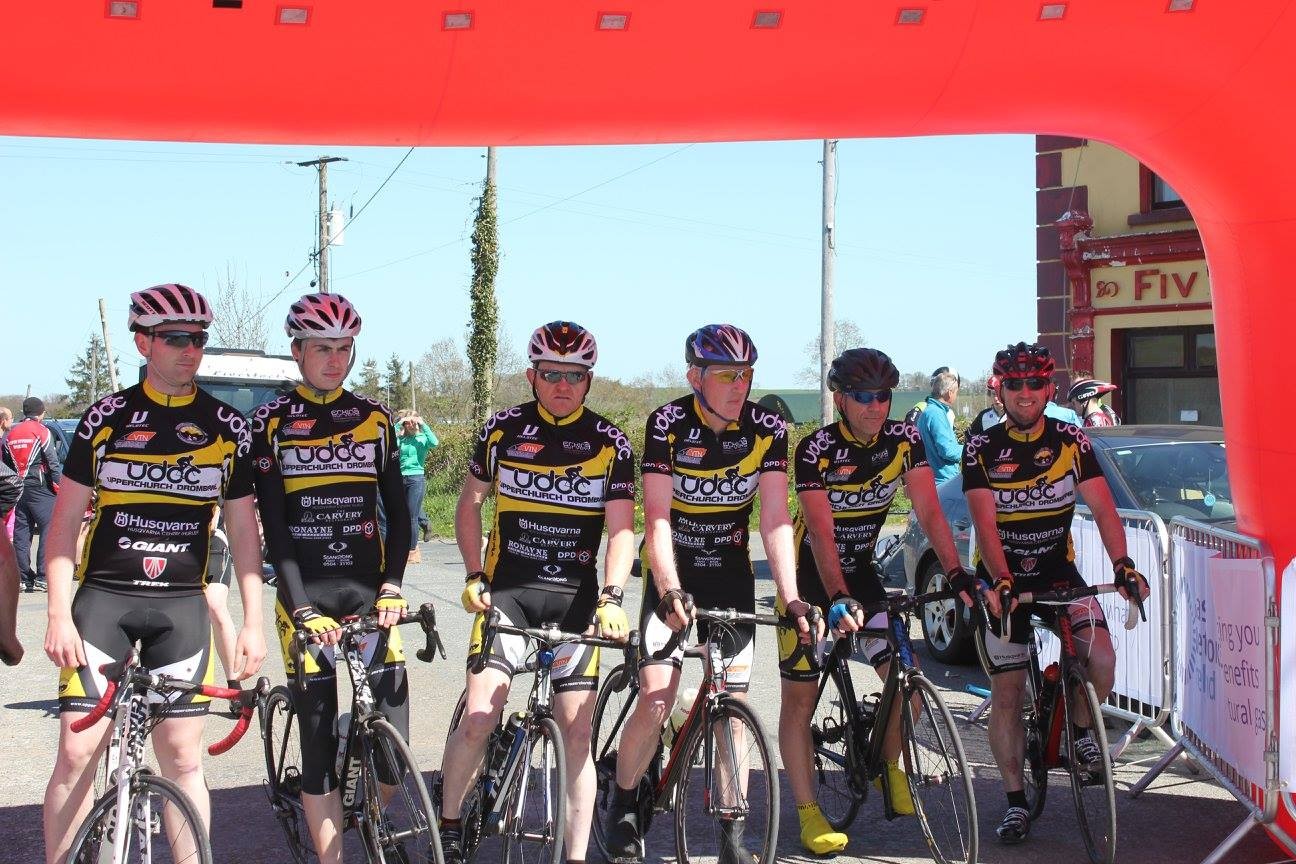 Well done to the team on finishing in 9th place on the Team Time Trial. This was the first time the club took part in a team time trial event, and were up against stiff competition in the Dutch crew of  Team NWVG who took overall honors.

Big Day For The Club

No one could have predicted what way the day would turn out for UDCC as they prepared for the Visit Nenagh Classic. One of the toughest A4 races on the calender, the capacity field left Race HQ of the Abbey Court Hotel in glorious sunshine.

A tough course was laid on by Race Director van Dam that took the riders from Nenagh onto Five Alley, Ballina, Birdhill, Shalee Cross, Silvermines, Dolla, Templederry, Toomevara and back to Nenagh.

UDCC were to the fore, with Trevor Groome claiming the first KOM honor on the climb out of Dolla. Ken Costello repeated the feat on the second KOM. 2 hours after leaving nenagh, UDCC’s Pierce Butler led the way to claim his first win with Trevor Groome sprinting to 2nd place. One-Two in one of the toughest A4 races of the year. Ken Costello followed home in the main bunch also with Jim and Micheal successfully making it around also. Peter unfortunately punctured to prevent a strong finish. 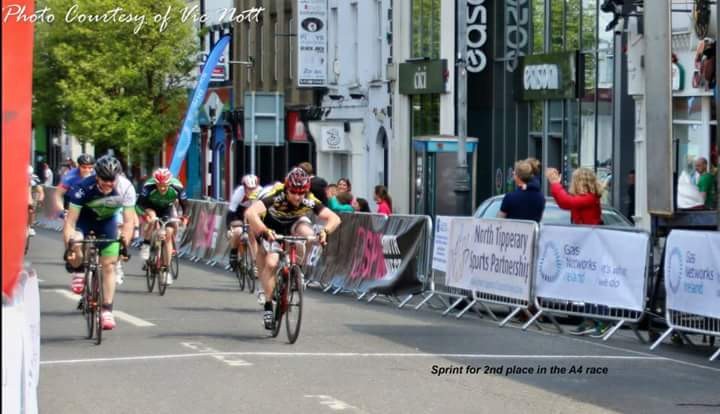 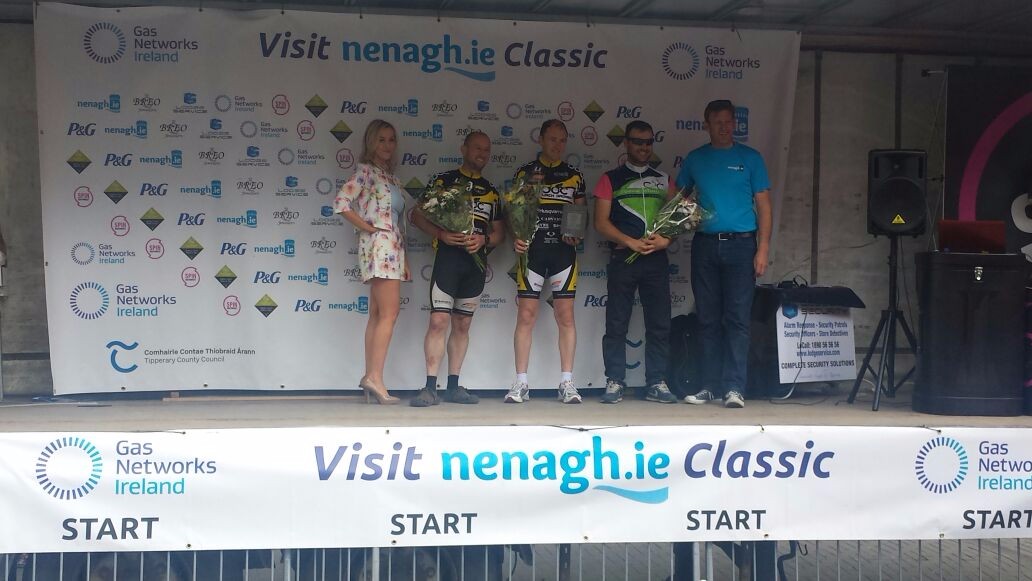 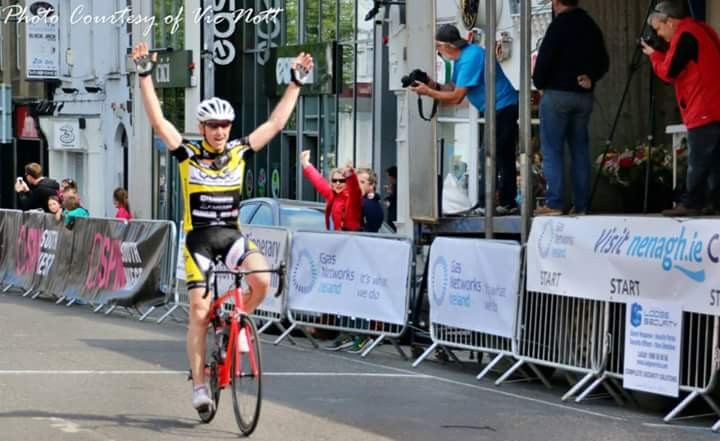 Pierce Butler crosses the line to take first place in the Visit Nenagh Classic A4 race.